CivBuddy is designed to support players of Francis Tresham’s original Civilization board game by helping with the tactical planning when buying civilization cards in game phase 10.

This is not a computer game, but a helper application for the board game. You need the board game for CivBuddy to be useful to you. In later stages of the game, the game rules lead to phases of long-winded calculations in the upper three-digit numbers. With CivBuddy, this can be solved quickly and easily, so that everyone can concentrate on all the fun parts of the game. 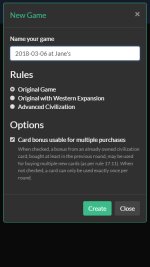 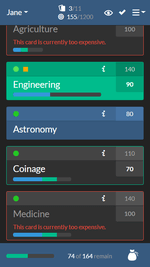 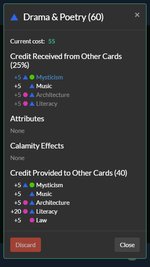 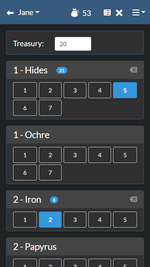 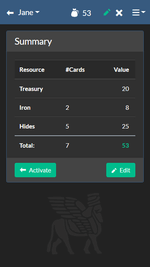 Pro Tip: Talk to your fellow players beforehand, and get them all to agree on using CivBuddy.

CivBuddy is a Web application, but you can use it like a mobile app, which will give it full-screen support without browser toolbars etc.

This website is primarily intended to centralize development related information.

Setting up a local development workspace

In order to build CivBuddy yourself, follow these steps:

The CivBuddy code as found on GitHub is IDE agnostic, so you may use your favorite IDE to edit the sources. We use Visual Studio Code, which is why there are some settings for Visual Studio Code. They are not critical to CivBuddy development.